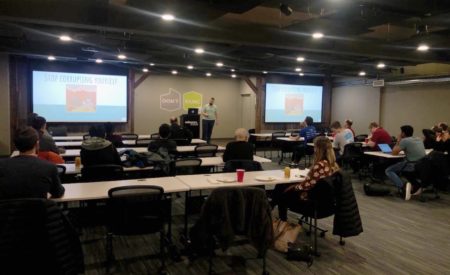 How do you write automated tests that support change in the application under test, instead of tests that require every bit as much maintenance as the application itself?
How can I write tests on top of a legacy application that isn’t designed for automated testing?
How many tests do I need, and should they be unit tests, integration tests, end-to-end tests, or some combination of them all?
How do I write automated tests without losing the forest for the trees so that I can test that my application behaves correctly rather than testing that my application behaves as it currently does?
This month’s topic was all about testing with abstraction layers, a technique that will help you navigate all of the above questions and more so you can write just the right amount of focused tests, at the right level, to gain maximum value. 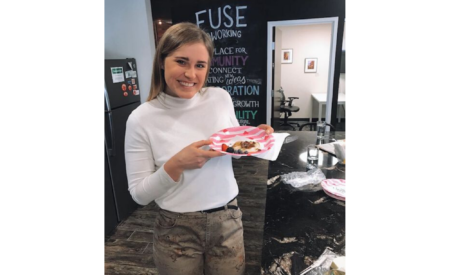 FUSE hosted a Valentine’s Day party for our members filled with lots of love and pancakes! We <3 getting to celebrate our members and how great they are. 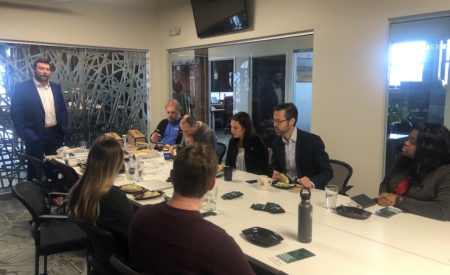 Jonah Hamilton from West Gate Bank talked at FUSE to tell us about various opportunities that the bank provides for its customers. 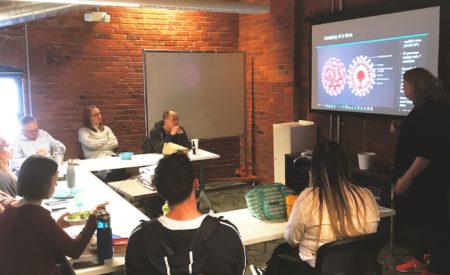 FUSE’s very own Rachel Taylor, a microbiologist and data scientist, spoke about what has happened in the recent past to address the global pandemic happening now. We got to hear about lessons learned from previous outbreaks and how that knowledge can help us going forward. 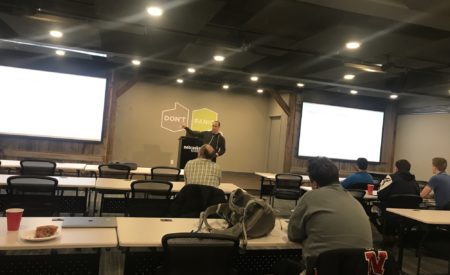 402 Developers was back this month with FUSE’s very own member, Joe Smith, speaking. Joe discussed Clojure, which is a functional Lisp dialect with persistent immutable data-structures, advanced concurrency primitives, and a powerful predicative specification system. It is a hosted language running on the world’s three most widely deployed platforms, the JVM, CLR, and JS runtimes, with wrapper-less interop, giving you access to more libraries than any other language. In this talk, you’ll learn about what that all means and what makes Clojure different. 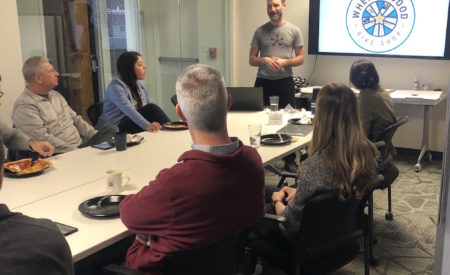 Dana from Wheelie Good Bike Shop is offering FUSE members 20% off at the shop! He shared his knowledge on the benefits of biking and events to get the biking community together.

Some of the topics covered:

Getting it Right – Startup Employee Hiring and Terminating 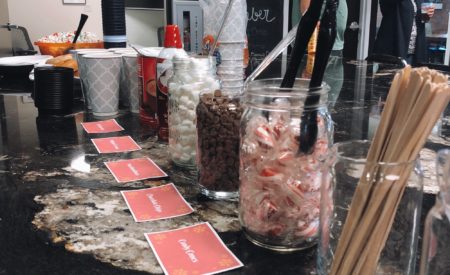 FUSE hosted their 2019 holiday party on December 19th. There was a hot chocolate bar, card games, and Mario Kart for all the members to enjoy.

We’ve got just the space for all your Zoom meeti

Mondays stink, but coffee and dogs at the office m

In a "working from home" funk? Come work at FUSE!

Thanks to our friends over at @themillcoffeeandtea