Our members are the force that drive innovation to the forefront of the Silicon Prairie. Bringing together unique skills and expertise, FUSE members are constantly developing, collaborating and growing. Get to know the Faces of FUSE. 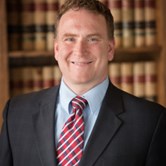 Perry A. Pirsch has 20 years in the practice of law and is the principal at Pirsch Legal Services, PC, LLO. Before starting Pirsch Legal Services, Perry served: in private practice assisting small businesses and families with business law, employment law, and estate planning; as an Assistant Attorney General for the State of Nebraska in Civil Litigation; Legislative Counsel to U.S. Rep. Lee Terry (R-NE); General Counsel to the Nebraska State Auditor of Public Accounts; and Deputy and Counsel to the Nebraska State Treasurer. Perry received his Juris Doctorate (J.D.) from the University of Nebraska-Lincoln (UNL) College of Law; holds a Masters in Public and Nonprofit Administration (M.P.A.) from George Mason University; and a Masters in Journalism (M.A.) from UNL. Perry is licensed in both state and federal courts in Nebraska, the District of Columbia, the Court of Appeals for Veterans’ Claims, and the United States Tax Court. He is the author of numerous articles, Attorney General Opinions, fiction, and his thesis, Blind Trusts as a Model for Campaign Finance Reform, was selected for publication by William and Mary Policy Journal. Specialties: -- Employment Law -- Business Law -- Business Entity Formation -- Contracts -- Estate Planning -- Litigation -- Government Affairs -- Appellate Advocacy -- Pardons -- Set-Asides -- Veterans Disability Compensation Law

With hours of fiddling, research, and determinatio

Need someone to check in on that personal project